Our Porsche 944 engine management package is based around the hugely popular ME221 fully mappable standalone ECU from Motorsport Electronics. This is an ideal upgrade for anyone looking to replace their standard Bosch Motronic ECU, Airflow meter, troublesome DME relay and ageing wiring loom. Additionally this kit will allow aftermarket induction such as our individual throttle body kits to be run as well as turbo and supercharger conversions.

36-1 Crank Position Sensor Kit. A complete bolt on kit to re-purpose the standard Porsche sensor at the front of the engine reading a 36-1 triggerwheel. Please see here for full details.

Injectors. Any modern ECU including the ME221 and ME442 require the use of high impedance injectors (not the low impedance standard 944 items).

Custom HT leads will be required to fit the coil included in the package.

Variable TPS. The majority of standard 944 throttle position sensors are a switched on/off signal only. A modern ECU requires a variable signal for full functionality. If a map sensor is being used for the primary load then this variable TPS is not required for basic running. However for some of the more advanced features it is recommended that a TPS is used alongside the MAP sensor. This TPS kit must also be used when running individual throttle bodies.

This system has been design to be plug and play on all of the 924S and 944 8v range as far as is reasonably practical. However if running with the standard inlet manifold and throttle body the TPS will either need to be converted to a variable TPS (as the standard sensor is only an on/off switched TPS) or alternatively a MAP sensor used for load (we can supply a 3 bar map sensor - see options). In forced induction applications a MAP sensor will be required regardless.

The standard 8v crank sensor and trigger pattern is unfortunately not supported and therefore a 36-1 trigger wheel and sensor will need to be installed on the front of the engine/pulley (see options).

The standard fuel injectors will need to be replaced with modern high impedance items (loom is supplied with standard Bosch 2 pin mini timer type plugs). We can supply genuine Bosch injectors in varying sizes from 300cc to 840cc as required. Some basic wiring will be required to allow the ECU to run the fuel pump - all based around the DME relay connections in the relay box (we can advise on this).

Further information on the ME221 engine management system:

The ME221 is the latest engine management system from Motorsport Electronics

As the core of our PnP EMS range, the ME221 has taken the UK by storm, with it's universal form factor, suited for accurate, reliable, and fully-sequential control of four-cylinder petrol injection engines.

The ME221 uses the same high accuracy Position Timing Module Core and the powerful proprietary tuning software (Motorsport Electronics Integrated Tuning Environment, or MEITE) as developed for control of a unique Le Mans engine.
With support for a range of OEM sensors and trigger patterns, as well as being versatile enough to offer flexibility where it’s needed - including often ‘expensive’ features such as Fully Sequential fuel control, Flex-Fuel, Closed Loop Boost & VVT as well as Windowed DSP Knock Control through to core features such as programmable inputs, custom tuneable sensor tables and full 3D mapping, the ME221 really blurs the line between lower priced and higher featured engine management systems.

The complete installation and tuning manuals can be viewed or downloaded here.

Our Porsche 944 engine management package is based around the hugely popular ME221 fully mappable st.. 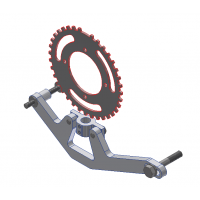 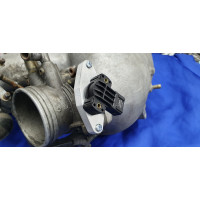